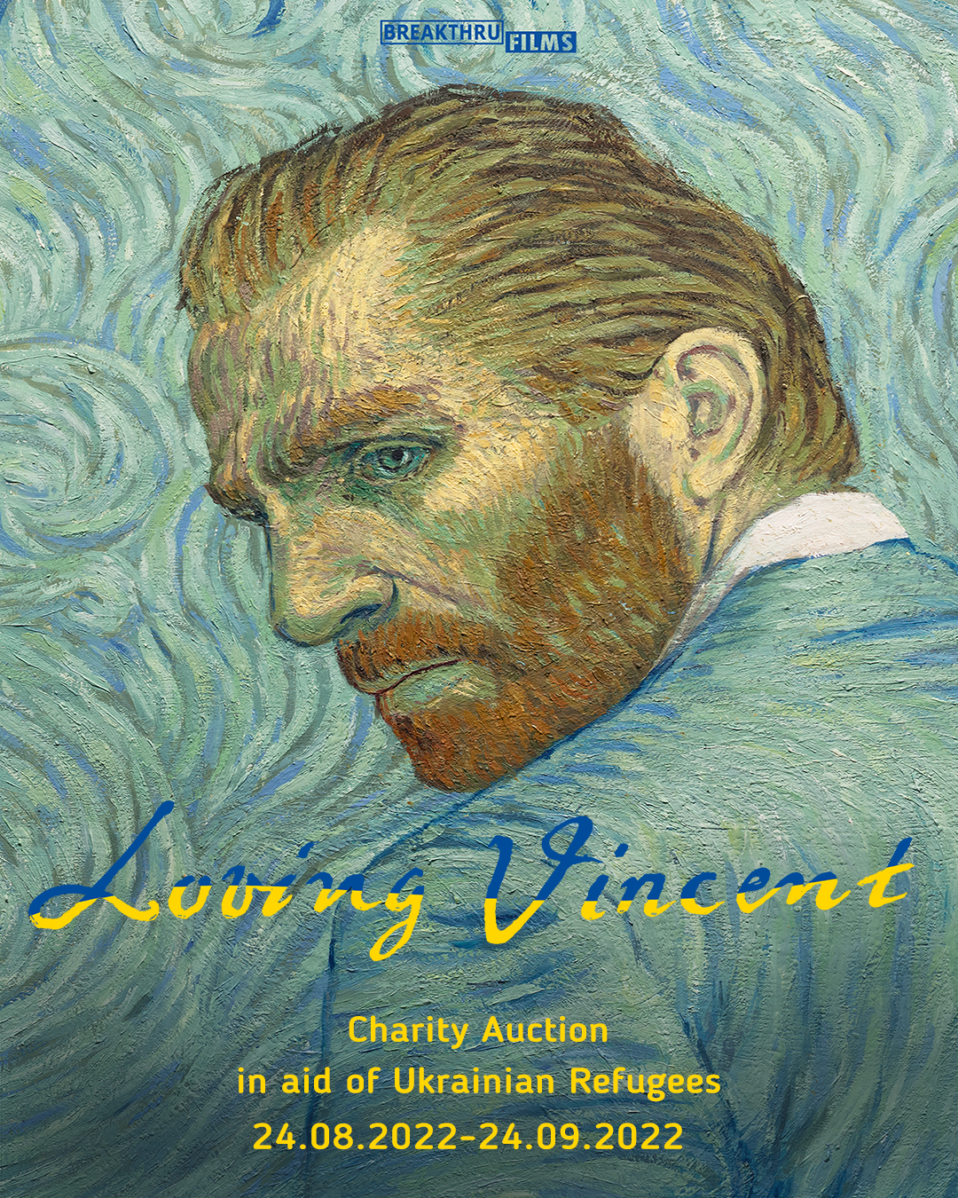 BreakThru Films, producers of the Oscar Nominated “Loving Vincent”, are supporting Ukrainian refugees by auctioning selected original oil paintings from the 2017 movie, which brought the paintings of Vincent van Gogh to animated life. Fans of “Loving Vincent” will have a chance to buy portraits of Douglas Booth and Eleanor Tomlinson. The auction will open on the 24th of August on one.bid platform and will last for one month, closing on September 24th. All income will be donated to Fundacja Rozwoju Dzieci, a Polish NGO opening 100 childcare centers for Ukrainian families in Poland.

Just after the war started, I went to the border to pick up our Ukrainian producer Olga and her family, and they stayed with me for a bit while they were figuring out what to do next. Most of the people that crossed into Poland are eager to find or continue work, but that’s practically impossible if you have small children. We were fortunate enough to find a place in the Polish school system for Olga’s girls, but others have not been as lucky. That’s why we decided to use the proceeds from the Auction to support Fundacja Rozwoju Dzieci’s program to open full day nurseries and preschools all across Poland so that Ukrainian children can continue their education and the mothers can find employment to support their families.-  says Sean Bobbitt, Loving Vincent producer. 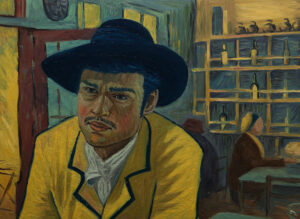 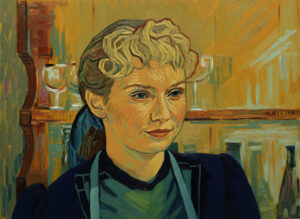 BreakThru Films studio is currently producing another movie, “The Peasants”, which just like “Loving Vincent”, is a painting animation. One of the studios was established in Kyiv, but due to the war in Ukraine it was closed for 6 months. The producers have recently decided to re-open their Kyiv studio. Hugh Welchman, Breakthru founder and co-writer and director of Loving Vincent, explains the details of this decision:

In “Loving Vincent” Ukrainian painters were such a significant part of our international team of painters that it was our intention with our next film, “The Peasants”, to establish a studio in Kyiv. We had just got the studio up and running when war started. We were forced to close the studio and worked to get all of our artists and colleagues who wanted to and who could get out to come and live and work with us in Poland. Unfortunately, not all of our artists could leave, and they were unable to find any alternative work in the chaos of the war. So, it was always our ambition to re-open our studio as soon as it was safe to do so and support our painters in Ukraine to at least get back to partial normalcy and have a workplace for our displaced Ukrainian painters to go back to when the conditions are right for them to go home. 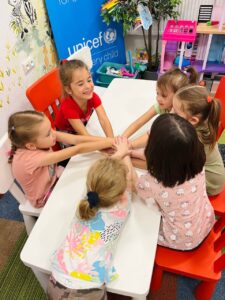 The Ukrainian painters from BreakThru Films are among the 3.5 million Ukrainian refugees that fled to Poland after the war started. Virtually all of the refugees entering Poland are women and children. As a response Fundacja Rozwoju Dzieci (FRD) is partnering with International and Polish relief organizations, religious organizations, and municipalities to open 100 full-day nurseries and preschools for Ukrainian children in Poland. Developed by FRD, the childcare model addresses the special emotional needs of refugee families. FRD hires and trains Ukrainian women in Poland to be teachers and work with children and mothers suffering from emotional trauma or PTSD. Thanks to funding from United Nations Children’s Fund (UNICEF), FRD has opened 36 programs and has reached over 10,000 refugee children to date.

Even before the war began, there was a significant shortage of public childcare for children 0 to 6 years old in Poland. It is extremely important to create safe environments for every child. The childcare centers that FRD is opening allows Ukrainian mothers to take back some control in their lives, and they can do so knowing that their children are being well taken care of. Our plan is to open 100 programs in 100 days, but if the war doesn’t end and we need to open 300 centers then we will prepare to do that. – Monika Rościszewska Woźniak, President of FRD, emphasized.

Founded by Hugh Welchman, BreakThru Films is an award-winning film and animation production company, based in Sopot, Poland. BreakThru first established its reputation with its slate of award-winning shorts which have collected over twenty international awards & nominations, including two BAFTA nominations, an official selection at Cannes, the Annecy Cristal and Annecy Audience awards, Canal+ Prize, TCM prize, the Rose D’ Or as well as an Oscar® for Best Short Animation Film for ‘Peter & The Wolf’.

The latest production of the studio – ‘Loving Vincent’ was a worldwide success and picked up 24 Audience Awards at film festivals, including the coveted Annecy Cristal at the world’s biggest animation festival, and was nominated as best feature animation in the world’s most prestigious award events including The Oscars and the Golden Globes.

Fundacja Rozwoju Dzieci (FRD) is a non-governmental organization established to inspire adults to create environments in which all young children can develop, explore and use their potential. The organization activities span over 340 municipalities and more than 2,500 locations across Poland. To date, FRD has trained more than 14,000 Polish and Ukrainian teachers, educators, and parents to work with children. Through over 20 years FRD has opened 500 facilitated Playgroups for children under 3 years old and their parents, 350 Preschools and 30 childcare centers for Ukrainian refugee children. So far, FRD has provided support to more than 100,000 children aged 6 months to 10 years living in villages, towns and cities.

Your ticket for the: Loving Vincent Charity Auction in aid of Ukrainian Refugees open for bidding